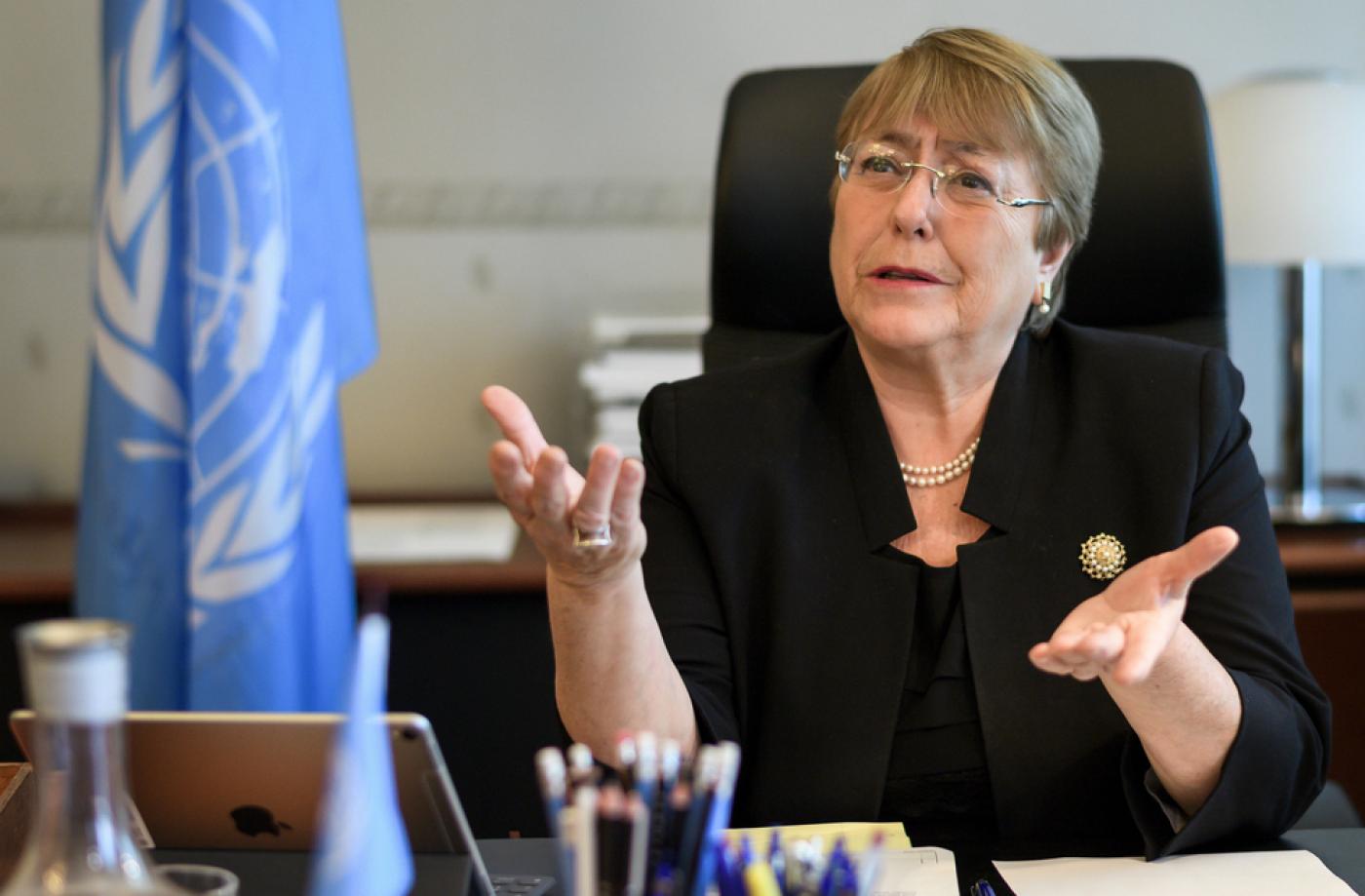 Source: By MEE and agencies

The UN human rights chief has condemned “international indifference” in the face of mounting deaths in Syria, warning that those responsible for air strikes targeting civilians could be charged with war crimes.

Since late April, the Syrian government and Russia have stepped up deadly raids on the Idlib region, a militant-held bastion in the country’s northwest where around three million people now live.

The air strikes on schools, hospitals, markets and bakeries have killed at least 103 civilians in the past 10 days, including 26 children, Michelle Bachelet said in a statement on Friday.

“These are civilian objects, and it seems highly unlikely, given the persistent pattern of such attacks, that they are all being hit by accident,” the UN high commissioner for human rights said.

“Intentional attacks against civilians are war crimes, and those who have ordered them or carried them out are criminally responsible for their actions.”

Both the Syrian government and Russia deny targeting civilians or civilian infrastructure.

Bachelet said she was alarmed at “the apparent international indifference to the rising civilian death toll caused by a succession of air strikes in Idlib”.

More than 730 civilians have been killed in Idlib in air strikes and ground-to-ground fire by the Damascus government and its allies since late April, according to the Syrian Observatory of Human Rights, a UK-based activist group.

Syria’s opposition has condemned the bombardment as “genocide”, while aid groups have branded the carnage in Idlib the latest “nightmare” in the eight-year conflict.

Bachelet said that even as “air strikes kill and maim significant numbers of civilians several times a week”, the international “response seems to be a collective shrug, with the [UN] Security Council paralysed”.

“This is a failure of leadership by the world’s most powerful nations,” the rights chief added.

Over the past three months, the offensive has driven hundreds of thousands of people from their homes or temporary shelters in northwestern Syria to seek refuge near the border with Turkey.

“More than 400,000 people have been displaced since the end of April,” said David Swanson of the UN Office for the Coordination of Humanitarian Affairs (OHCA) on Friday.

Of the three million people in the region, nearly half of them are already displaced from other parts of the country.

The area covers nearly all of Idlib and parts of neighbouring Aleppo, Hama and Latakia provinces.

Most of the displacement is from southern Idlib and northern Hama, the two areas that have been hit hardest by the flare-up, according to OCHA.

“The majority of those fleeing have displaced within Idlib governorate while a smaller number have moved into northern Aleppo governorate.

“Roughly two-thirds of people displaced are staying outside camps,” the agency said.

Echoing Bachelet’s remarks, the OCHA said that since the end of April it had documented 39 attacks against health facilities or medical workers in the region.

At least 50 schools have been damaged by the air strikes and shelling, it added.

The war in Syria has killed hundreds of thousands of people and displaced millions since it started in 2011 with a brutal crackdown on anti-government protests.